A pest-free garden can be a great first defense against pests trying to invade your home. So, this year, while you’re busy protecting your tomato plants, spice garden or flower beds, try using some of these tried-and-true techniques around your home as well.

Slugs won’t crawl across a line of coffee grounds and cats, who might otherwise use your garden bed as a litter box, will go elsewhere to do their business if they catch a whiff of coffee. Conversely, worms love coffee as much as you do and will munch it up like a snack, then redeposit it back into the soil as nutrient-rich worm castings, aka, excrement. Their presence also encourages better water drainage while feeding on plant debris, making them perfect additions to anyone with a green thumb.

Here’s how to whip one up in a jiffy: Mix a ratio of one cup vegetable oil with twelve tablespoons of soap, cover and shake, then mix two teaspoons of that solution with one quart of water in a spray bottle, shake and spray on vegetable plants and flowers to knock out aphids, mites, thrips, and more. Alternatively, you can skip the vegetable oil and just use one teaspoon of soap for one quart of water, too.

Next to the bags of potting soil and lime in your local garden center, you may have seen another product with a rather intimidating name: diatomaceous earth. Mined from lake beds, diatomaceous earth works as a “mechanical pesticide” in that it dehydrates anything that crawls over it. It’ll naturally fight against slugs, flies, maggots, aphids, ants, mites, and rodents.

Plants vs. Pests: How to Fortify Your Garden’s Defenses

Some of the properties that we love most about certain plants – such as how they smell or taste -- are the very things those plants evolved to deter pests and predators. You can leverage the wisdom of thousands of years of evolution for use in your own garden. Here are a few kinds of plants with similar natural defenses, and what species those plants repel:

If last year’s gardening season was ruined by a particular pest, it may have been the fault of the particular species you decided to grow. This year, try swapping out some or all of the varietals in your garden and see if you don’t also swap out your pest problem.

As long as you don’t have a bad case of arachnophobia (aka, fear of spiders), you might find a friend in the eight-legged creatures with an appetite for insects. You can attract spiders to your vegetable garden by planting flowers among your crops, as well as plenty of tall plants like sunflowers and cornstalks, which will encourage them to build nice, big, insect-trapping webs.

Aphids can wreak havoc on a garden by both the damage they cause and the secondary species they attract, like ants. Thankfully, aphids have a natural predator that’s as cute as it is ferocious -- ladybugs.

Birdbaths are wonderful, but they have a major downside: Mosquitoes will use their stagnant water as a breeding ground. Rotate birdbath water out daily to avoid harboring a mosquito maternity ward.

Bird Feeders are for the Birds

Bird feeders, too, attract far more than just birds. Large rodents, like squirrels, are also drawn to the birdfeed (but are easily deterred with a spring, baffle or tray). Hummingbird feeders can draw ants, so be sure you look for models with an ant moat to stop them. 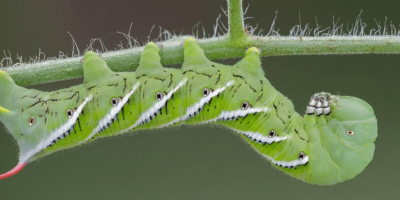 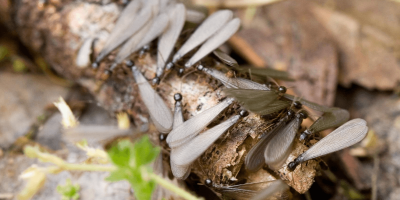 Termite Swarming: When to Worry 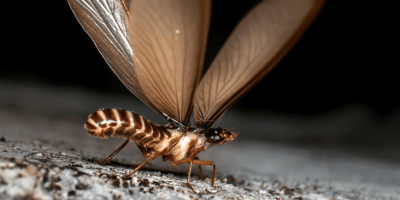 Don't Ever Ignore Wings By the Windowsill