“A Texan takes over New England, infecting victims with an allergy to red meat” might sound like a teaser to a Hollywood horror movie, but when it comes to the lone star tick, this plot twist is based in scientific fact.

The tiny little parasite that originates from the southeastern United States, including parts of Texas, has migrated through Connecticut, Rhode Island, Massachusetts, and parts of New Hampshire, all the way up to southern Maine, bringing with it a terrifying disease that causes some bite victims to have an anaphylactic reaction to beef, pork, lamb and their derivatives, such as gelatin and tallow.

In some people, that little molecule sets off a chain reaction in their immune system that trains their body to reject meat from mammals such as cows and pigs. The only cure is to avoid red meat, and the only prevention is to avoid tick bites.

Besides anaphylaxis, other symptoms of alpha-gal syndrome include rash, hives, nausea and vomiting, stomach pain, difficulty breathing, dizziness and a sudden drop in blood pressure three to six hours after eating red meat.

The lone star tick isn’t quite as well-known as the deer tick, which can transmit the far more common, not to mention life-threatening, Lyme disease; or the dog tick, which is responsible for Rocky Mountain spotted fever and tularemia.

All three are similar in size, ranging from about 1/8 inch to over half an inch when fully engorged, with slightly different shades of brown distinguishing them. Lone star ticks are reddish brown, becoming slate gray when engorged. Deer ticks are orange-brown with darker legs and dog ticks are brown with white to grayish markings.

Interestingly, although it does hail from Texas, the lone star tick isn’t named directly after the Lone Star State, but rather for the sole white dot on females’ backs.

Like most ticks, lone star ticks are found primarily in woodlands, particularly dense undergrowth areas where there are plenty of animal hosts to feed on. Adults are most active from April to late August, but just like with other ticks it’s a myth that lone star ticks die off in the winter.

Even though deer ticks, for example, have a two-year life cycle compared to the lone star tick’s one-year, both species will burrow into the soil, leaf litter or dead wood when the temperatures get low enough, emerging again as soon as temperatures rise. That means any time the temperature goes above freezing, you and your pets are at risk for tick bites.

Tick Prevention Tips for All Seasons

Before venturing out into areas known to be tick havens (tall grasslands, thick-brush woodlands), the CDC recommends you first treat clothing with 5% permethrin and use an insect repellent containing either DEET or picaridin on any exposed areas of your body.

Walk in the center of trails, not through the brush, and check everyone, including gear and pets, for ticks when you return from your outing. Tumble dry clothes on high heat for 10 minutes without washing first to kill any hidden hitchhikers.

Visit our tick control page for more information about how to keep them out of your yard, so that you can keep on grilling the perfect steak. 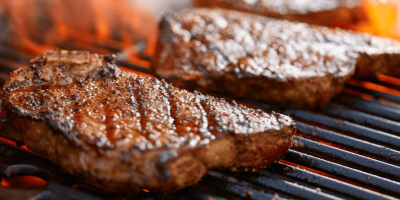 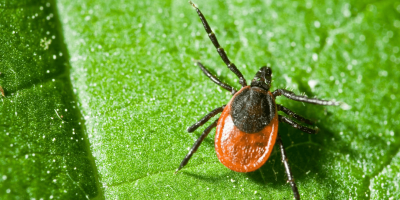 How Common is Lyme Disease in New England?