None of the pests you encounter in your home belong there, but there are some pests that truly have nowhere else to go – one of them being bed bugs. Unlike ants, termites, or the occasional raccoon that gets stuck in the rafters, bed bugs didn’t wander away from a natural, outdoor habitat to invade your home. Their natural habitat is your home.

Well, not your home, of course, but you get the idea. And not just your home, but your bedroom specifically. Bedrooms have everything bed bugs look for in a habitat -- dark, hidden spaces, like the crevices of a mattress and the folds of its linen.

Bed bugs can actually be found just about anywhere inside a home -- and often in other public spaces like movie theaters, libraries, bus stations, and more. But bedrooms in particular have one unique feature that bed bugs seem to have a real appetite for -- literally.

A Moveable Feast That Quits Moving

Bed bugs have evolved to crave one and only one type of food -- human blood. Problem is, the source where they procure that food tends to move around, kind of a lot, all day long for hours at a time. Except, of course, when the “food source” lies down to sleep, which it does with a high degree of predictable regularity.

Actually, bed bugs will settle for the blood of any mammal, but humans have not only predictable sleep cycles, they also tend to sleep in the exact same place, night after night, year after year. This makes us much easier targets than other mammals.

A Travel Bug, of Sorts

Of course residential bedrooms aren’t the only places where people regularly sleep, which is why bed bugs can also be a problem for hotels, rental cabins, and the like.

But what about the great outdoors? If a bed bug were suddenly thrust into nature, could it survive?

Short answer: yes, but not too well and not for very long. And although it’s quite possible to pick up bed bugs on a camping trip, more often than not they come from other people’s tents, sleeping bags, pillows and other personal effects; not from the outdoors itself.

Bed bugs go where people go. A popular outdoor resort where lots of people camp is more likely than, say, a garbage dumpster, to have bed bugs lurking about. However, it’s still important to note that bed bugs don’t necessarily have to feed regularly to survive. So if a neighbor decided to throw away a bed bug-ridden mattress, it’s still very possible for those same bugs to survive in/around the dumpster area for up to a year despite the lack of food.

In other words, unless your weekend habits consist of dumpster diving and collecting discarded furniture, bed bugs exist so sporadically outdoors that your efforts to block them would best be directed elsewhere.

Bed bugs aren’t just parasites in a technical sense, they’re pretty much bums when it comes to everything else, too -- especially travel. Most bed bugs are picked up and spread while traveling. This means that one person can spend the night at a hotel and unknowingly drop a couple bugs and spark an infestation that, left unchecked, goes home with every subsequent occupant.

The good news, however, is that since we know how bed bugs spread from place to place, we also know exactly where to look to stop them.

Whether you’re staying at a friend’s house or a hotel, in a rental cabin or a popup tent, inspecting yourself and your surroundings for bed bugs is more or less the same process.

When you get to a new room, store your luggage in the bathtub (a surefire bed-bug-free spot!) and start inspecting the room. Don’t unpack or do anything else until this is done. Check the mattress and behind the headboard, the luggage rack, the seams of chairs and couches and between their cushions.

Look in drawer joints, under loose wallpaper and behind wall hangings. Any tight, dark or hidden space -- anything with a crease or a fold -- could have bed bugs hiding in it. Finally, peel back the comforter and then the sheets, one layer at a time, and inspect the bed.

If you encounter any living bed bugs, you won’t be able to miss them. They’re about the size and color of apple seeds and they crawl around, making them pretty apparent to the naked eye. But you’re also looking for evidence they leave behind. This includes rusty red stains on bed linens caused from them being crushed. Even more obvious than that are the black diamond-shaped stains caused by their excrement. You also might observe tiny, 1mm or so eggshells and pale yellow skins that nymphs leave behind as they molt and grow.

What to Do IF You Find Bed Bugs

There is no effective way for you to eradicate a bed bug infestation on your own. In fact, tampering with them will most likely make the problem worse. This is 100% a job for the pros, so report bed bugs to management if staying in commercial lodging. Or, if you discover bed bugs in your home or someone else’s, call a professional pest control service immediately.

Don’t let the bed bugs bite: Contact us for a free estimate today and let our experts eradicate the bed bug problem for you. 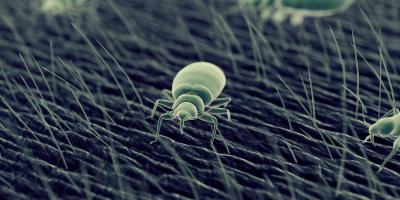 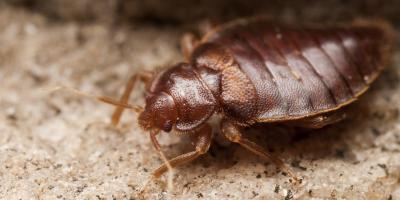 Can you DIY a Bed Bug Problem? 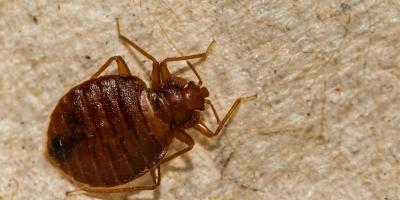 Bed Bugs: Not Always Found in the Bed