Few sights are more terrifying to behold for both home sellers and home buyers than the costly, potentially deal-breaking debris left over from termite damage. However, not all damage that looks like it came from termites actually is. And in the event that the damage is confirmed to be that of termites, the next task is determining whether the damage is caused by an active infestation -- or from a colony that’s long since moved on.

The answer isn’t always one or the other, but some cases are easier to determine than others. For example, if you see real, live termites scurrying around, you don’t need to look much deeper than that to figure it out. Sometimes, however, it can get a little trickier. That’s when it helps to know what you’re looking for.

In some cases, what looks like a termite infestation -- those telltale networks of mud tubes, piles of excavated wood (aka, sawdust), a sprinkling of dark excrement, called frass -- may simply be remnants from an old infestation that’s since become inactive. A lack of any observable insects, at this stage, would be a good sign, but it’s not enough to confirm that an active infestation is not working beneath the surface (more on this later).

Get to Know the Denizens of Termite Town

If there are insects, the next step is to lean in closer to get a good look. They may or may not be termites, depending on their appearance. Termite colonies are diverse, with not one but four different types of termites inhabiting them, each with its own unique characteristics.

Most of the termites you’ll see in an active colony are worker termites. They are light cream-colored insects, about the size of a grain of rice. Their job is to forage for food and maintain the nest while tending to their queen.

Soldier termites are bigger, brawnier creatures, with massive heads and jaws proportionate to their bodies. They defend the colony against natural enemies, like carpenter ants (luckily, giant pincers are no match for true pest professionals).

The ones with wings are reproductive termites. They will eventually leave the colony in a swarm to start new colonies of their own.

Finally, if you’re lucky, you may spot the queen, who looks just about exactly as you’d expect (minus a crown). She’s much bigger than the others -- up to four inches long, in some cases. She lays an egg about once per second, and can live for up to twenty-five years.

A Case of Mistaken Identity

Termites aren’t the only species of wood-destroying insects you’ll find in New England. In fact, they’re not even the most common. Carpenter ants are actually the most populous wood-destroying species, and the insects most often mistaken for termites. You have to lean in real close to notice the subtle differences.

If neither of these descriptions sound familiar, don’t be alarmed -- there are a number of other wood-destroying pests native to the northeast that you may have uncovered, such as the powderpost beetle.

Even if you don’t find evidence of live insects, that doesn’t guarantee you’re not still dealing with an active infestation. After all, the species of termite most common in New England -- subterranean termites -- get their name from the fact that they spend most of their time underground.

With all this complicated, contradictory information, you may be wondering how you’re supposed to know for certain what you’re dealing with. Great news -- you aren’t. That’s what we’re here for. What’s important is that you’re able to recognize the signs and symptoms that alert you to any potential problems, then contact us and we’ll take it from there. DIY solutions are not designed for termite trouble; you need a pest pro.

We know how to determine the exact nature of your problem and, even more importantly, we have access to state-of-the-art tools and technologies to stop termites in their tracks. As pest control professionals, we have the only safe and effective termite control measures on the market -- materials you simply can’t buy at your local big box store. 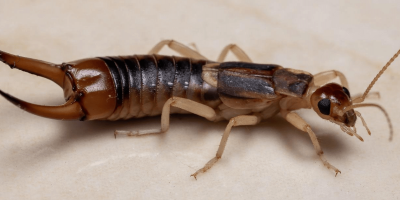 How to Protect Your Brain from Earwigs 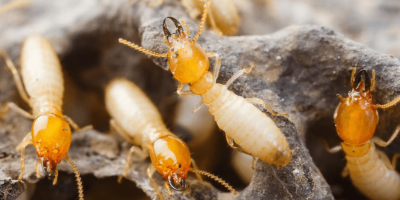 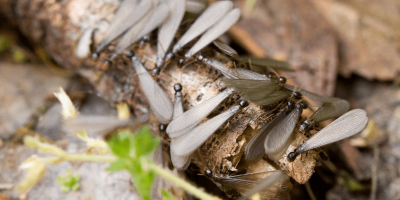 Termites in the Yard: When to Get the Pros Involved