As the weather starts to warm and New England gears up for summertime, tourist season isn’t the only thing expected to be booming again this year. Over the past twenty or thirty years, the tick population has exploded in the US, with tick numbers increasing at a record pace.

Anyone in the northeast who’s ever spent the season enjoying the outdoors already knows to put on insect repellent before heading into the fields or hiking through the woods. It’s even risky to do some gardening, mow the grass or rake leaves without bug spray, pants tucked into your socks and a white long-sleeve shirt.

But while most New Englanders know the ins and outs of preventing adult tick problems, few of us know anything about how to deal with baby ticks. And with this year’s expected boom in tick numbers, we’re going to have to learn how to handle both.

Actually, ticks don’t really make nests so much as they simply lay a bunch of eggs in one spot. That means that, if you go hunting for tick nests, what you’re really looking for are egg masses that look a little bit like caviar -- usually reddish-black to translucent in color.

But take heed -- ticks aren’t the only animals that lay a mass of eggs like this, so if you see what looks like a wad of fish roe, it’s just as likely to belong to a beneficial species, like frogs or salamanders.

If, however, you discover a tick nest in a place you’d rather not take chances with (say, near your home), removing it before the larvae can hatch will reduce your risk of exposure to any tick-borne illnesses like Lyme disease or Rocky Mountain fever.

While Lyme disease is the most well-known local illness caused by ticks, it’s far from the only one. Anaplasmosis, Ehrlichiosis and Rocky Mountain spotted fever are just a few of the dozen or so diseases carried by ticks.

Symptoms of Lyme disease include headache, fatigue and a characteristic skin rash called erythema migrans (the familiar “bullseye” rash many people recognize as a symptom of Lyme disease). Other tick-borne illnesses have similar symptoms with varying degrees of severity, and some (including Lyme) can result in hospitalization or death if left untreated.

Tick ‘Teens’ are to Blame for Most Diseases

Most humans who contract tick-borne illnesses do so as the result of a bite from a nymph, a “tick teenager,” if you will, which is the second-to-last stage of the tick’s lifecycle, followed by adulthood. Adult ticks are able to transmit disease just as well as nymphs, but their larger size means that they are much more likely to be discovered before they’ve been attached long enough to transmit the disease.

Younger ticks, by contrast, typically have a harder time catching large prey (i.e., us), so they favor smaller game such as rodents and birds. Furthermore, they are less likely to have been exposed to the bacteria that cause disease (and ticks rarely transmit diseases to their offspring directly). Ticks need to extract the disease through a blood feeding before they can pass it along to something else, so the chance of obtaining Lyme or any other tickborne illness from a tick larva is close to zero; however, give it time and they will grow into threats of their very own. That’s why a few DIY preventative measures are always a good idea.

Protect Yourself by Treating Your Yard

One of the best ways to protect yourself and your family from tick bites is to make your yard as inhospitable to ticks as possible. That means cleaning up any leaf litter, grass clippings or other brush around your home and on your lawn. Mowing your yard frequently, keeping wood stacked neatly and dry, and keeping wild animals or neighborhood pets away with fences will also help cut down on ticks.

Of course, for ultimate tick protection, you should consider having a pest control professional treat your yard for ticks.

Don’t get ticked off by the pests in your yard this summer. Request a free quote today for how to reduce the population in your yard by upwards of 90%. 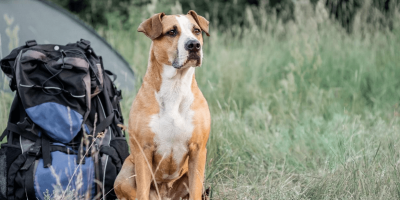 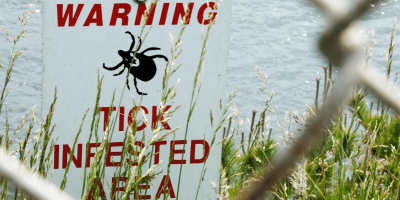 How Bad is Lyme Disease, Really? 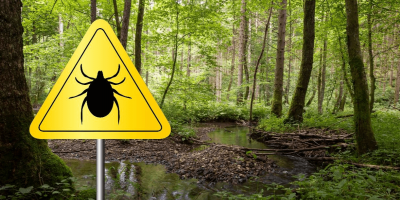