As one of the milder winters in recent memory starts to recede and warmer-than-average temperatures herald the arrival of spring, a certain populous (but not exactly popular) pest is starting to come out of the woodwork like long lost relatives when a new lottery winner is announced.

As reports of early emerging ticks, on account of the warm winter, begin to roll in, it’s clear that this year’s tick season has started earlier than we’re used to. That means it’s already time to be on the lookout for ticks, which this time of year are still primarily in the nymph stage of the tick life cycle.

Ticks have four main stages to their life cycle: Eggs, larvae, nymph and adult. You can think of nymphs like human teenagers – they just went through a major growth spurt and now they’re absolutely starving for something to eat. Unfortunately, however, because they’re ticks, the food they’re after is their first blood meal.

Be Proactive When Protecting Yourself, Your Family, and Pets

The easiest way to avoid getting bitten by a nymph is to avoid sitting directly in the grass, where ticks – and especially nymphs – typically prefer to hang out, as well as in brushy, wooded areas and overgrown, unkempt fields and yards.

If you’re heading outdoors to an area where you’re likely to be exposed to ticks, treat your clothing and gear with an insect repellent containing 0.5% permethrin, which has been shown to be more effective than DEET at repelling ticks.

Light-colored clothing can help you to better distinguish ticks – especially nymphs compared to darker colors. Make sure you tuck your pants into your socks to prevent them from latching onto your ankles.

After you come back indoors, thoroughly check all clothing as well as every square inch of skin, including (and especially) beneath your hair. Tumble dry your clothes on high heat for 10 minutes to kill any tagalongs you may have missed, and shower as soon as you can, but at least within two hours of coming inside.

If you have pets, now more than ever is the time to treat them like family, because if they bring any ticks into your home it won’t be long before they crawl onto a human family member. Check your pet’s skin every time you come back inside from outdoors, using a comb or a hair pick, especially if they have long or thick fur.

If you find any ticks on either humans or pets, be sure you remove them correctly by pinching with tweezers as close as you can get to the skin, then pulling straight up with steady, even pressure.

To cut down on the ticks in your yard, be sure to keep your yard neat and tidy and remove leaf litter as soon as possible. Keep lawns trimmed frequently and as short as you can tolerate and stack wood neatly in a pile away from the house.

Professional pest control products are extremely effective against ticks, but can be dangerous for any unlicensed person to handle them.

That’s why it’s better to let the pros handle it. Check out our tick page to learn more and request a free quote. 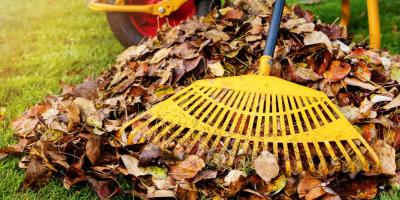 Why Jumping in Leaf Piles is Now a Bad Idea 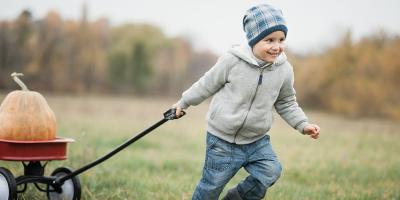 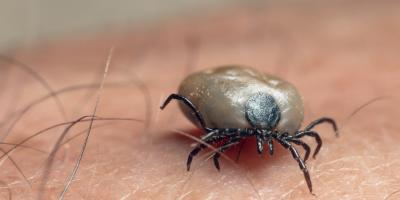