Have you ever seen snakes on a plane? No, not the movie, but actual snakes on an airplane. Not only have reptiles wound up on commercial flights (more than once, in fact), they’re not the only pests that have been caught hitching a ride 30,000 feet high.

Ants in the Air

Earlier this year on a transatlantic flight from Venice, Italy to Newark, New Jersey, a passenger noticed an ant crawling across her pillow. Within minutes the cabin was flooded with ants, the source of which appeared to be one particular piece of luggage in the overhead bin.

The infestation was contained, and the interior of the plane exterminated upon landing, but the only solace passengers found was in the free drinks flight attendants handed out to compensate travelers for the inconvenience.

A few years prior to the Jersey-bound ant experience, a British Airways flight headed to California was delayed when a pint-sized rodent was discovered on the plane before takeoff. Because mice are notorious for chewing through electrical wires, which can be found in every nook and cranny of an aircraft, the jet had to be grounded while maintenance crew examined every inch for damage. Another plane had to be flown in to transport the passengers to America.

That one little furball cost British Airways over £250,000 (or more than $300,000 USD) in complimentary meals, accommodations and refunds.

Unfortunately, it doesn’t end with just snakes, ants and mice. Cockroaches, bed bugs, wasps, fleas and spiders have all been found hitching rides across the friendly skies; resulting in disgruntled passengers, frustrated flight crews, and millions of dollars in cleanup costs.

The reality is that when there’s a safety issue in the air there are very few ways to handle it until the plane gets back on the ground. This drives up the cost and risk of pest problems on airplanes, not to mention generates the wrong kind of press for airlines. That’s why the best approach is a proactive one.

By applying a methodology called “integrated pest management” (or “IPM” for short), airports, airlines and even passengers themselves can work together to prevent and reduce in-air pest problems before they happen.

The first step in an effective IPM program is inspection. While it will be up to the airline crew to search the non-passenger areas of the plane, you can do your part by inspecting your seat and the area around it for telltale signs of pests.

One of the more common critters you might find on an aircraft is, believe it or not, bed bugs. Although you might think of bed bugs as a problem you’d only face in your hotel room, they often hitch a ride in carry-on luggage and then easily move down to the cabin seats below. Look for spots of excrement, tiny eggs, or even full-sized bugs in the crevices of your seat cushion before you sit down. If you find any of those indicators, notify a member of the flight crew immediately.

The other IPM tactic passengers, as well as crew, can employ is sanitation. While it’s technically the airline’s job to clean the plane between flights, which includes sweeping up dirt and crumbs that may attract pests, passengers can assist, too. It’s never a bad idea to carry disinfecting wipes with you when you travel, and a quick cleaning of your seat area before you buckle in will not only reduce the likelihood of encountering pests, but may also kill germs that can cause illness as well.

By helping to maintain a clean, sanitary environment, you’ll be ensuring not just your own health and safety but that of other (ticketed!) passengers as well.

Bed Bugs: The Last Thing You Want to Cozy Up To 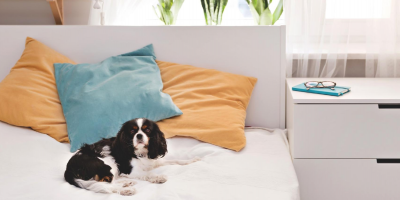 The #1 Contributor to the Recent Bed Bug Boom 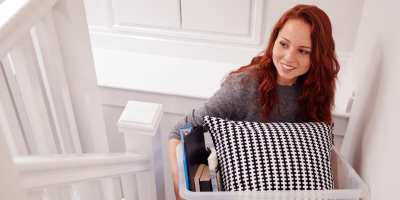