More than just a Halloween decoration or character in a beloved children's book, scarecrows have a rich and storied history that reflects their original (and oft-forgotten) purpose – as pest control.

Harkening Back to the First Scarecrows

The earliest record we have of something like a scarecrow being used to ward off pests dates back to ancient Egypt. Thousands of years ago, farmers who grew wheat along the Nile River needed a means of warding off hungry birds who might be tempted to decimate their crops. They built a sort of precursor to the scarecrow by crafting wooden-framed nets that they used to trap any errant birds (which they’d later eat).

The Greeks took things one step further and began crafting wooden effigies of Priapus, son of the god Dionysus, who was said to be so ugly that he frightened the birds away. The Romans, seeing that this novel Greek pest control method was actually quite effective, copied their neighbors from across the sea, then spread the practice around the globe every time they conquered more lands.

One of those lands happened to be an area now known as the United Kingdom, where farmers developed an innovation beyond just the wood-carved scarecrows of yore. In England, farmers began adding straw to fill out the scarecrow’s figure.

This merged with another British agricultural practice – putting young boys to work in the fields. Known as “bird scarers” or “bird shooters,” these boys patrolled the fields and tossed stones at the crows and starlings that would drop in looking for food.

The applicant pool for the job of bird shooter dwindled, however, when the plague pandemic known as The Black Death hit Europe in the mid-14th century and effectively wiped out a third of the population, including, unfortunately, children.

Those farmers who didn’t succumb to the plague invented the next iteration of the scarecrow. Made of a straw-stuffed sack for a body and a carved turnip or gourd for a face, these post-plague farmers used a pole to keep scarecrows erect.

Like most good ideas, however, scarecrows have more than just one origin story. While the Greeks and Romans were emulating gods to scare away birds, half a world away, Japanese farmers were creating humanoid figures to ward off pests in a tradition that, today, carries on with figures so realistic you’d be forgiven for mistaking them for actual people.

There are also antecedents for scarecrows to be found among Native American farmers who, like their British counterparts from the 1300s, employed living humans to scare away agricultural pests, only the Native Americans put fully-grown men to work at the job.

The Stuff of Lore

The scarecrow persisted as a pest control device until well into the 20th century when it was replaced by the pesticide DDT. Although DDT itself has been phased out due to its environmental impact, it ushered in the modern practice of using (much safer) chemical and environmental controls to protect crops from pests, which has relegated the scarecrow to decorations, costumes and the aforementioned reference to a story about a little girl from Kansas and her dog. Luckily, we’ve been able to fine tune our pest control methods to keep birds out of the crops without “losing out shirts,” so to speak.

While the farmers have gotten a pretty good handle on their fields nowadays, birds are still a major nuisance for business and commercial properties. Before placing straw men on the rooftop, consult with a wildlife professional to discuss the best way to deter these winged menaces. 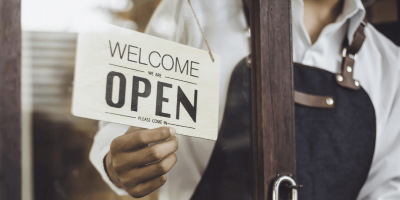 Reopen Your Restaurant's Doors to Patrons, Not Pests 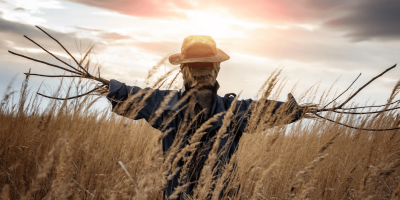 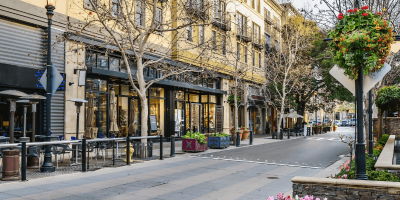 Why Pest Control is Essential for Plaza Businesses