You’ve probably never seen any snakes on a plane, but if you’ve lived in a home with a basement for any length of time, there’s a chance you’ve seen snakes below grade.

Signs of a Snake Situation

A number of factors make basements a perfect storm of opportunity for snakes to enter your home, but a little bit of preventative maintenance can go a long way.

That said, while most local snakes are harmless, there are some more dangerous “look-alikes” that should not be handled by anyone other than a professional. However, in most cases, snakes themselves cause little direct threat to humans that live this far north.

First off, you might be wondering what makes basements so appealing to snakes to begin with. That part’s easy, especially when you consider what else often resides in the basement: mice.

Rodents are a key component in most snakes’ diets, particularly mice for the smaller serpents commonly seen in this area. And since mice are incredibly common home invaders, they can attract snakes inside if their populations are not kept under control.

Another reason they may enter is the heat. When it’s hot outside, snakes seek out chillier climes, and being below grade means your basement typically stays far cooler than areas above ground, including the rest of your house. So, how do they get in?

The older your house and the older your house’s foundation, the more cycles of expansion and contraction it’s gone through over the years as seasons change and the ground goes from frozen to thawed then frozen and back again. This naturally causes some shifting in the foundation, which home builders design residential structures to withstand, but over time cracks and gaps may start to appear.

Since snakes have a very flexible skeletal system, with the majority of their bones being only ribs surrounding a spinal column, they can contort their bodies and squeeze through extremely tight spaces, especially younger or smaller ones, like garter snakes (which, by the way, are essentially harmless to humans).

Snakes do not enter homes by accident: They are shy of humans, and need a good reason to enter a structure. If snakes have been found inside the home, the first question you should be considering is whether there could be rodents (typically either mice or rats) living within the same four walls. Rodents themselves can sometimes be tricky to find, but will usually leave clues such as droppings, urine stains, foul odor, and chewed wires or other gnaw markings. Also, if your pets are acting weird, they may be hearing and seeing things that you don’t. In any of these cases, it is important to contact a pest management professional right away. Meanwhile, by removing the live bait, the snakes will have little to no reason to re-enter the home.

Another essential strategy in ridding of these pests is finding and sealing up all entry points that they could be utilizing. Rodents are infamous for gnawing their way in, and snakes are likely using the same spaces to follow them. Once the rodent populations are managed, closing these gaps and holes in the foundation will help fortify your basement against future invasions of both the slithery invaders and their prey.

Another huge preventative measure is to keep the grass and shrubs around your home neat and trimmed. Snakes love cool, dark places, so keeping grass short and bushes tidy minimizes the number of places near your home that snakes may find appealing. If they have no reason to hang out near your home, they’ll be less likely to stumble upon an opening.

The more you do to make your house and yard unappealing to snakes, the less of a problem you’ll have overall. Here are some other ways to keep the snakes out:

Think you have snake food running through your home? Contact us today to discuss our rodent control options to send both pests packing. 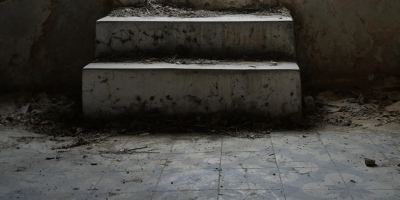 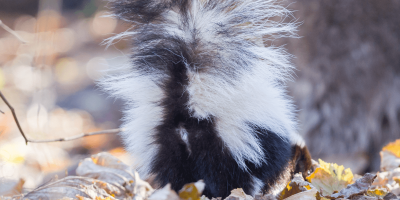