Spring Swarmers: Identifying Termites Before They Get Settled

Any homeowner knows the value in taking on problems early, rather than waiting for them to get worse. Whether it’s responding quickly to a weed problem in the front yard or taking on mold as soon as you first start to notice spots along the wall, early action can be much more effective - and easier - than scrambling when the issue has escalated.

What better time to head off those problems than spring cleaning?

Case in point: termites. Although known as a serious nuisance to homeowners all through the warm spring, summer, and fall seasons, termites first make their appearance in the early spring, with one big giveaway: the spring swarm. By identifying, and acting, in response to the spring swarm, you can resolve your termite problem long before they get in and do damage to your home.

What Exactly Is The Spring Swarm?

Each spring, just after the weather begins to get warm (and usually after rain), reproductive termite alates will take to the skies and swarm in one giant mating ritual. Often gathering in low-wind areas with diffuse light, the swarms can occur over several days.

These flying alates will find mates, actually mate, and then exit the swarm and move on. After the ritual is over, alates lose their wings and begin searching for a nesting area. In most cases, the leftover wings (or the swarm itself) are the first signs of a termite infestation.

Wait… Did You Say Termites Can Fly?

Yes, termites do fly - but only some of them, and only for a brief time.

Like many other insects, termites undergo several changes over the course of their life. After hatching, all termites start out as nymphs, in which they begin to feed and develop. From there, each termite will grow into one of three possible forms, or castes: workers, who dig the tunnels and do the real damage; soldiers, who protect the colony with large and powerful mandibles; and the winged, reproductive alates, who actually reproduce and lay more eggs. 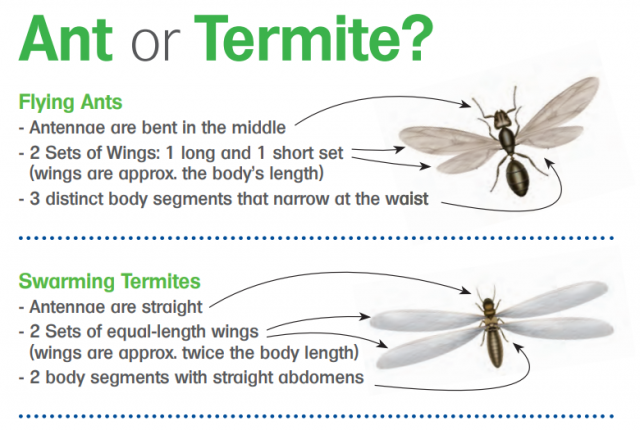 It’s these alates - the only flying members of the colonies - who are responsible for carrying on and spreading the colony. That means they can be the weak point in any termite colony, and the perfect target for termite control.

What The Spring Swarm Can Tell You

Chances are if you notice a termite swarm in or around your property, the initial nesting site is not too far away. In many instances, the leftover wings on nearby surfaces can be a key tip-off that a termite nest is active and looking to grow on your property. This is a dependable indicator that you should take action now before the colony expands and can do serious damage to your home.

Take On Termites At Their Source

If you notice a swarm of mating termites on or near your property this spring, it’s not too late - but it is time to act quickly. With the help of an experienced termite elimination professional, you can identify the main source of the termite swarm and take quick action to eliminate the colony, all while avoiding the headaches of internal damage to your home.

And, because the spring swarm is key to the continuation of the initial termite colony, taking steps at this point can be highly effective at preventing the success or the return of termites in later years.

Whether you’ve dealt with termites in the past or notice the signs of a swarm in your home, it’s never too early to get in touch with a pest management professional to stop termites in their tracks. 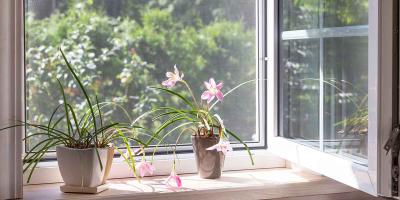 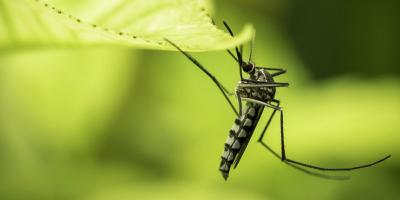 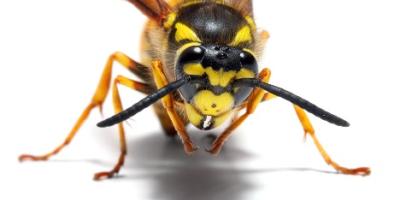