Termites in the White House

Since George Washington oversaw the construction of the White House in the late 1700s, forty-four presidents have lived and worked there, John Adams being the first, in 1800. Although some might suggest the White House has had its share of pest problems in more of a political sense, the Victorian-era estate is no stranger to actual insect infestations, either.

Due to its antique wooden structure, the White House is particularly susceptible to termites. Back in 1968, one particular pest control pro treated the White House for the wood-destroying pests. Amusingly, he had to swim across the White House’s indoor swimming pool to treat for termites along two walls abutting the pool.

Then, three decades later, in 1998, it appeared that White House security guards still hadn’t been trained to spot this type of intruder, because the termites struck again. And once again, the species was subterranean termites – the same kind we deal with up here in New England.

Rather than count on the Secret Service to handle yet another domestic threat, this time the White House brought in a private-sector solution – the Sentricon® system.

Even if you’ve never heard of Sentricon, you’ve probably seen the company’s trademark green termite bait stations embedded in flower beds and along the perimeter of homes and businesses, especially outside older structures -- like the White House.

In fact, the White House is just one among many historically-significant buildings protected by Sentricon – the Statue of Liberty, Independence Hall, Ellis Island, Jackson Square and the U.S. Capitol are all termite-free, thanks to Sentricon.

The reason Sentricon’s patented system works so unbelievably well is because, for one, termites prefer Sentricon bait about 10 times as much as they like to munch wood, so it immediately protects the property’s structure by distracting them. Then, once ingested, the bait releases a chemical that stunts their growth. Since they can’t mature, they die off. Eventually enough of the colony croaks that the queen goes down as well, thus ending her reign.

Compared to Sentricon, old-school liquid termite bait seems almost useless. Not only does it rarely eliminate the queen or, for that matter, a significant proportion of the colony, it’s also not as safe as Sentricon. Plus, Sentricon has a monitoring system built-in.

Sentricon doesn’t degrade over time like liquid treatments, which need to be regularly reapplied in order to remain effective. And if for whatever reason you want to pull out the termite treatment on your property, you can remove Sentricon bait stations but you can’t exactly take back liquid pesticides that have already been sprayed.

Preventing Termites While Protecting the Environment

Sentricon represented such a giant leap forward in the control and elimination of termites that the US Environmental Protection Agency awarded its creators the Presidential Green Chemistry Award in 2000, just five years after Sentricon debuted on the market. Much of the EPA’s decision was based on the environmental impact of Sentricon, which is virtually harmless to anything that isn’t a termite.

At JP Pest Services, we’re dedicated to providing the best, most effective options to our customers, so you better believe we offer the same system and products that protect all those historical landmarks like the White House.

Click here to learn more about how the power of Sentricon, matched with the expertise of JP Pest Services, can help eradicate termites from your home or business for good. 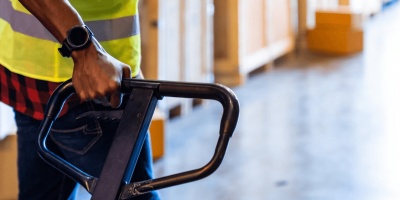 Warehouse Woes: Keeping Mice Out of Your Distribution Center 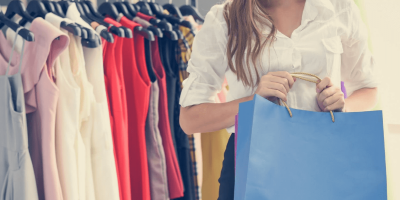 How to Combat the Top 5 Retail Store Pests