As New Year 2023 rapidly approaches, JP Pest Services would like to review the Top 5 pest news stories of 2022.

The Top 5 Pest News Stories include the big news releases about invasive pest species that have been introduced into the United States and could possibly reach our New England states next year or soon thereafter.  In some of these cases, these pest invaders have already arrived.

1.     The Spongy Moth (formerly gypsy moth) has returned to New Hampshire and Maine.  These forest destroying moths were most famous back in the 1980s when they were responsible for heavy deforestation of hardwood and conifer trees throughout New England, Midwest, and the Mid-Atlantic states.

In 2022, the White Mountains to the Lakes Region and into Western Maine saw heavy forest defoliation from these destructive pests.  The spongy moth was introduced into the United States by an entrepreneurial scientist in 1868 for more reliable silk production.  Once these moths and caterpillars escaped containment, they began their destructive cycle, and throughout the years, infestation levels rise and fall every 10 to 15 years.

New Hampshire is in a peak cycle now, and we can expect more tree defoliation in 2023 spreading southward towards Concord, NH.  Hardwood trees can better withstand heavy defoliation; however, pines/conifers are more likely killed by a single heavy defoliation.

Click this link to UNH Extension for additional information

2.     The Spotted Lanternfly (SLF) isn’t a fly at all, it glides, it is a poor flier, and looks like a pretty moth.  Insect common names can be confusing, and that is why scientists communicate with Latin-based scientific names, which are commonly understood by scientists worldwide.  The SLF was introduced into Pennsylvania via China in 2014.  The SLF is a true bug related to the plant hopper group of insects.

These pests are highly destructive to ornamental shrubs and trees, but more importantly, the SLF favors grapevines, maple trees, and birch trees (all important to New England’s economy and beauty).  The SLF has piercing sucking mouthparts and feeds on the sap of plants, same as aphids do.  When they defecate, they create a sticky substance called honeydew, which attracts bees, ants, and wasps and also promotes fungal growth that stains all types of surfaces.

Once winter arrives, the SLF will seek overwintering sites including homes and commercial businesses.  As of December 1, 2022, StopSLF.org has reported the SLF in Central and western Massachusetts.  New Hampshire, Vermont, and Maine may notice these invasive pests in 2023.

3.     The Asian Longhorned Tick (ALT) was first detected in New Jersey in 2017 and may have been in the United States as early as 2010.  This tick was introduced on imported materials and animals from Eastern Asia.  This tick species does not require a male to produce eggs.  Once the adult female feeds on host blood, she can lay thousands of eggs that will lead to a rapid population explosion.  Preferred hosts for bloodmeals include people, dogs, deer, and many other mammals and birds.

The ALT has spread in all directions from New Jersey and has been identified in the nearby states of New York, Rhode Island, and Connecticut as of June 2022.  The concern with ALT is that it is a known vector of human and animal diseases.  Ticks are the most serious of all pests we must manage in the United States.  Lyme disease infects over 300,000 Americans per year (reported cases; actual number is likely much higher).

Tick bite prevention is the best practice to employ when venturing into wooded or weedy areas.  Always wear an EPA approved tick repellent, always wear light-colored protective clothing, and always inspect your body after trekking in places where ticks like to hide.  Also, whenever possible preserve any tick that was attached to skin and get it to an entomologist for an accurate identification.

4.     The Murder Hornet (Asian giant hornet) invasion of the Northwest, particularly a few isolated locations within the State of Washington made big news in 2020 due to their enormous size and devasting impact on domesticated honeybee hives.  This massive and colorful hornet continues to make headlines as their distribution continues to spread beyond the original discovery area.  These destructive giant invaders were introduced into the United States via materials shipped from China.

Yellow jackets, cicada killers, and bald faced hornets to name a few are most commonly mistaken for murder hornets.  All these insects are present in the New England states and are commonly encountered by people.  While the murder hornet may never reach our area, it is important to respect all stinging insects because they will attack when provoked.  Far more people are hospitalized and die from bee, wasp, and hornet stings than poisonous snakes in the United States.  Stay safe and consult with a professional pest control operator when dealing with stinging insects.

5.     Joro Spider news boomed in 2021 when populations in Georgia expanded exponentially.  This spider is also referred to as the parachuting spider, and it is a giant critter with size ranging up to 4 inches including leg span.  The parachute reference is related to the ability of tiny young spiders to balloon migrate on silken strings via strong winds.  Ballooning is one of the ways these invasive spiders from China are spreading to other states.

The good news with the Joro spider for New Englanders is that its migration has been relatively slow with high sightings in Georgia and nearby states of North and South Carolina.  Additionally, experts believe that this spider cannot survive the New England winters.

We hope that you found these pest news stories of interest and the information helpful to any concerns you may have.  At JP Pest Services, we have many trained pest experts, degreed entomologists, and certified entomologists to help you identify any pest that concerns you. 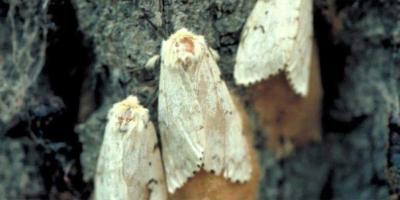 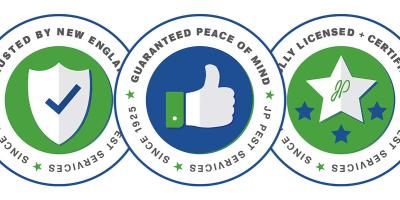 How We Deliver Customer Peace of Mind 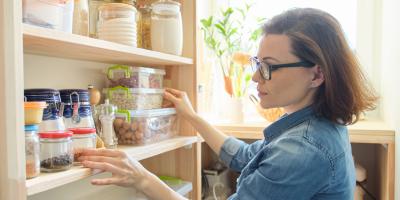