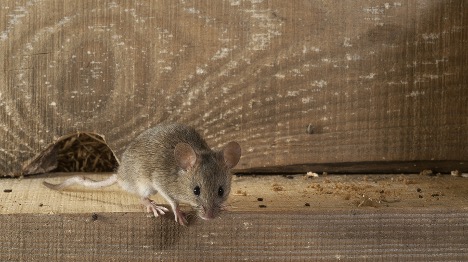 When it comes to rodents, mice are incredibly common pests for both homes and businesses. The fact that they’re common doesn’t negate how problematic they are for residential and commercial property owners alike.

Well, consider the fact that: “House mice cost more money in damages to food and buildings than any other rodent.”

That said, getting rid of them comes with its own challenges and questions…

The Behaviors that Beg for Baiting

In addition to being carriers of various diseases, mice wreak havoc on properties, including whatever is inside them. They’re gnawing behavior can destroy everything from furniture to critical electrical wiring, while their urine and droppings pose a health hazard to occupants -- a single mouse can produce around 18,000 fecal droppings in a single year.

Mice are tricky to eradicate from a single site due to the fact that they are able to squeeze through spaces as small as a ¼ inch wide. Once they’re in, it’s hard to get -- and keep! -- them out without the tools and expertise from a rodent control professional. And, as any pro will tell you, it’s usually necessary to use a variety of different techniques to effectively eliminate them from your home, including tamper-proof bait stations.

This often poses the question: How do we control where the mice die after they eat the bait?

To Bait or Not to Bait?

It’s a good question: How do we control where mice die after consuming bait?

While this may not be the answer you were hoping for, here’s a few facts that may ease your worries…

The Basics of Mice Baiting

In most cases, it’s recommended for rodent bait stations to be place both inside and outside a structure.

The outdoor stations will provide an easy “food” source, giving mice less of a reason to go inside at all. Therefore, the exterior bait stations get much more traffic than inside stations, meaning that the rodents live, eat, and ultimately die outside.

We say “ultimately” because rodents don’t immediately die after eating bait; it takes a few days. This gives the mouse a chance to get outside first, if they were ever inside to begin with.

In the unlikely scenario that a mouse dies inside your walls; again, this is rare but can sometimes happen, there is good news: Mice decompose very quickly, so won’t be there long! But for the short amount of time that it does take to decompose, there can sometimes be a noted odor depending on how close the dead mouse is to your living space.

In the rare instance that the stars align just right (or wrong) and you detect an odor, we have a few tips to help:

Mask the Odor of a Dead Mouse in Your Walls

Though rare, if a mouse does die inside your walls, there are a few things you can do to mask the odor, which won’t linger for long!

While you wait, the best course of action is to mask the odor and not try to overpower it with another fragrance that could compete with the decomposing and result in an even worse odor.

By using other natural options, like dry coffee grounds, you can overpower the decomposing odor of the mouse without assaulting your own senses. Charcoal deodorizer bags are also helpful, and even a simple solution like white vinegar in a shallow bowl or diffusing a few drops of a natural essential oil -- particularly lavender or lemon oil -- will also do the trick.

Rest assured, despite serving tens of thousands of customers every year, we get very few mouse odor queries, so we can confidently say that it is not a common occurrence.

The best way to keep mice out of your walls, dead or alive, is to hire a pest control professional. Request a free quote today! 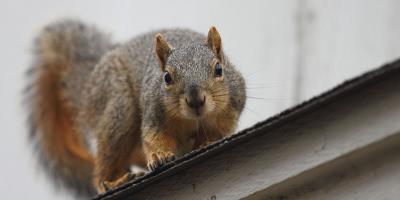 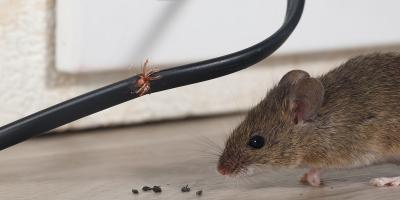 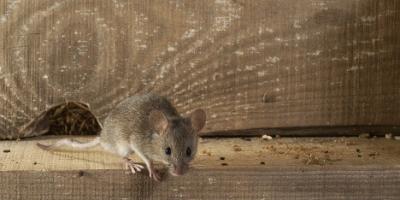