The jeans with rips, tears, and holes in them are being replaced by flannel-lined versions and corduroy pants, and the t-shirts that lead to farmer’s tans all summer are being covered by sweaters with ...rips, tears, and holes in them? As if having to layer up for the season-long cold front ahead isn’t bad enough, many New Englanders will find that their favorite fall and winter clothing has lost some warmth since being stowed away.

There are a few different pests that, quite literally, live off of ruining our clothing. Though other pests are very prevalent in New England closets, those ever-pungent mothballs were introduced as a control method for, well, moths! No other pest has so notoriously ravaged woolens like clothes moths. However, it’s important to understand the difference between which moths are the culprits behind putting holes in your sweaters and which moths may be causing trouble in an entirely different part of your home.

Noticing moths flying up towards your ceiling lights? They aren’t likely the wardrobe warriors. One of the most prolific pantry invaders reported throughout the United States is the Indian meal moth, a pest whose behavioral patterns are the stark opposite of common clothes moths. Indian meal moths feed on stored grains and other dried foods that fill pantry shelves, and have no trouble flying up to the top shelves to fill up. Between their ability to fly and their attraction to light, you can safely assume that the only closet these moths are headed to is in the kitchen.

Adversely, common clothes moths use their half-inch wingspan (the size of an Indian meal moth’s body) to flutter about in lower, indirect flight patterns. Due to their weak flying habits, these moths aren’t ones to flee the scene of the crime. Clothes moths will usually be close to the infested area of the house, most commonly a dark area within a closet. Their fear of heights and lights make them an easily identifiable species.

Why The “Little Ones” Matter More

Two words: big appetites. Females of both species lay an average of 40-50 eggs, and those larvae are insatiable. The nearly identical larvae of both species feed off of wool, fur, down, and other fabrics for months at a time throughout their molting process.

Do your sweaters look like they have extra lint on them? If you haven’t seen any moths or larvae in your closets, you may notice their “trail”. While casemaking larvae carry a silken case with them as they feed and are more noticeable because of this, webbing larvae produce patches of silk webbing that they use as feeding tubes. These tubes accumulate excrement and particles of fabric that they leave behind when moving on to new feeding locations. Since both species are eating your, say, blue sweater, both species will leave behind excrement that contains blue dyes and fibers, or “lint”.

Cleaning Out Your Closet

There are ways to combat clothes moth infestations, like closets lined entirely with cedar (a natural repellent) or the old standby of mothballs. DIY solutions aren’t guaranteed processes, and mothballs have well-documented health risks. We’ve listed some solutions in a separate blog post, but if you have moths that have already laid eggs, it’s best to bring in professional help.

If you know that you have moths feasting on your fabrics, the experienced professionals at JP Pest Services can get rid of these and other clothes-eating insects from your home quickly and completely. With our minimally invasive process, we’ll be able to keep your clothing free of holes without impacting your daily routine. Contact us today for a free estimate! 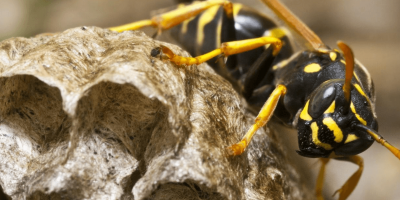 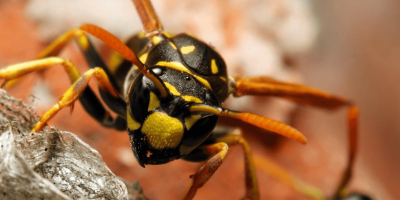