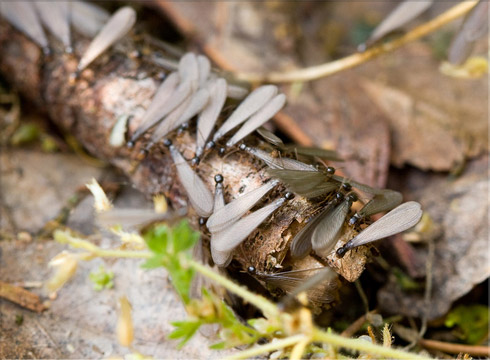 Eastern subterranean termites build distinctive tunnels, often referred to as “mud tubes,” to reach food sources and protect themselves from open air. They use their scissor-like jaws to eat wood 24 hours a day, seven days a week. Subterranean termites swarm in the spring when groups of winged reproductive termites go off to start new colonies. Subterranean termite colonies live underground and may contain as many as two million members. They commute to buried and above-ground wood – their food source. Subterranean termites are by far the most destructive of all termite species. Their hard, saw-toothed jaws work like shears and are able to bite off extremely small fragments of wood, one piece at a time.

The Eastern Subterranean Termite is active throughout the entire year, but it peaks during the months of May through October.