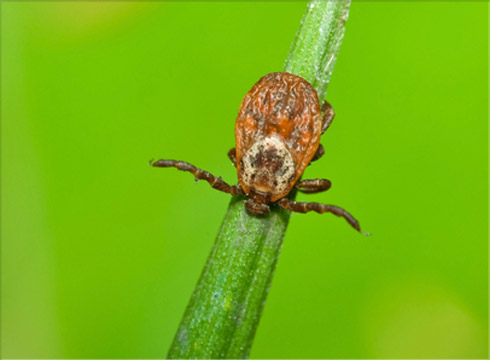 American dog ticks are found mostly in areas with little or no tree cover, such as fields, forest perimeters, and along walkways and trails. They feed from a variety of hosts such as deer, mice, domestic pets, and humans. American dog ticks can live up to two years without finding a host. The american dog tick starts as an egg and then goes through larval and nymphal stages before maturing. Larvae and nymphs usually feed on smaller mammals, and mature ticks will feed on larger hosts such as dogs, deer, and humans. Both males and females have grayish color patterns on their bodies. Female dog ticks detach from hosts in order to find areas to lay their eggs. A single female american dog tick can lay up to 5,000 eggs at one time.

The American Dog Tick is mostly busy in the summer during the months of May and June.