3 Pests That Can Cause Structural Damage To Your Home 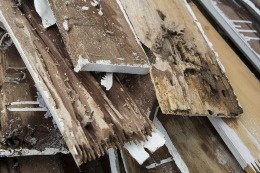 A recurring nightmare for many homeowners involves the spontaneous and unprecedented discovery of destructive, wood-boring insects chewing away at what is usually an individual’s largest investment. The thought of termites or beetles silently snacking on your house while you sleep can be nerve-wracking, especially if you’re unaware of what types of bugs are known to cause structural damage to buildings and homes. It may bring some relief to know that sturdy, dry, painted wood is rarely targeted by home-destroying creatures, but it’s always prudent to stay alert for these three pests that can cause damage to your home:

Powderpost beetles are so named because of the fine, powdery waste their larvae leave behind after feeding on the wood they inhabit. The material, which is known as frass, can have a consistency similar to dust or baking flour, and is stored in larval galleries that serve as feeding channels. Often, this frass will fall out of the tunnels in piles, which will alert homeowners to the presence of powderpost beetles. In other instances, infestations can be detected by the appearance of tiny, round holes created by emerging adult beetles.

Termites cause $5 billion in structural damage in the United States every year. Much of this damage is caused by Formosan termites, which are considered to be a “super” species of termites because of their aggressive behavior and their ability to form massive colonies above ground. The eastern subterranean termite is the most common species of termite in the U.S., and the only type naturally found in New England. Because of its prevalence, the eastern subterranean termite causes more structural damage than any other species of termite in America.

Many people make the mistake of misidentifying termites as ants, which can sometimes swarm during the same seasons of the year. Termites differentiate in appearance from ants in their straight antennae, wings of equal size, and uniform abdomen (ants have bent or “elbowed” antennae, wings of unequal lengths, and constricted abdomen).

Several different species of carpenter ants can be discovered in homes and buildings. Usually, worker carpenter ants are black in color with a hint of red. Carpenter ants will feed on other insects or organic materials containing protein or sugar. Carpenter ants do not eat wood, rather they remove wood to hollow out tunnels for nesting.

When carpenter ants create galleries and tunnels in wooden structures, they tend to leave no debris or sawdust. Damage caused by carpenter ant tunneling can vary depending on how long the ants have lived in a specific colony. While the amount of damage caused by carpenter ants doesn’t quite compare to the destructive abilities of termites, they can still deliver a considerable amount of harm to homes and apartments, and any ant issues should be addressed immediately.

Looking to protect your home from pest-related structural damage? The experienced professionals at JP Pest Services can get rid of wood-boring insects from your home quickly and completely! Contact JP Pest Services to request a free residential estimate today! 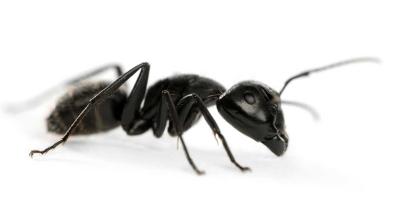 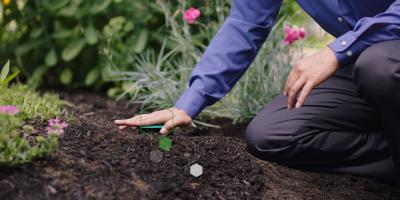 The Dose Makes the Poison – Why Natural/Green Products are Not Better! 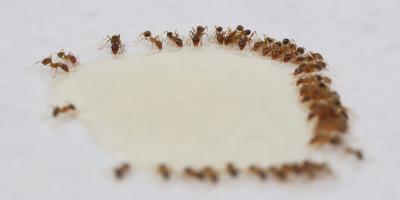