China's Clever Use of Cockroaches

What do you do with the leftovers from 1.4 billion dinners? Entrepreneurs in China have come up with an innovative solution: feed it to cockroaches.

As China’s population closes in on one and a half billion, there is an acute need for novel approaches to handle age-old problems, such as what to do with all that garbage. And there’s a lot of garbage.

Just outside the Shandong capital of Jinan, one billion cockroaches chow through 100,000 lbs. of kitchen waste per day—that’s seven elephants’ worth. Every day. And Shandong is just one medium-sized city by Chinese standards.

The problem began when the Chinese government banned the use of leftovers as livestock feed after an outbreak of African swine fever swept through the country’s pig farms. The disease has almost been completely eradicated just by adding one more link in the food chain.

Humans eat, workers collect their leftovers, colonies of cockroaches consume the table scraps, then, after the cockroaches’ six-month lifecycle comes to an end, their carcasses are collected and fed to—you guessed it—livestock. When those farm animals make their way to Chinese dinner tables, the circle of life completes.

As China’s numbers balloon past the entire world’s population of 1900, industries across the board have had to become more efficient. According to the International Energy Agency, China has been responsible for 80% of the energy efficiency gains across all six E4 nations.

Now, they’re using all the traits that make cockroaches so unappealing to society’s advantage.

A Closer Look at Cockroaches

First of all, cockroaches are nearly indestructible. They can live for a month without food (not that they’ll need to in China), and a week without a head, since they breathe through their torsos. Cockroaches can also withstand up to 10 times as much radiation as humans, which has earned them a reputation for being the only creatures who could survive nuclear fallout.

In other words, they’re able to withstand whatever fungi, bacteria, parasites or other nastiness is in the food waste, effectively destroying the pathogens with their turbocharged immune systems.

Then there’s that unmistakable crunch sound they make when stepped on.

Cockroach shells are made of an organic material called “chitin,” which is composed mainly of polysaccharides, aka carbohydrates. That, along with the high percentage of protein found within their exoskeleton, makes them perfect for use as animal feed.

Keep Cockroaches out of YOUR Kitchen

Just because China has figured out how to give cockroaches a useful role in human civilization doesn’t, however, mean they are welcomed in Chinese homes -- nor should they be in yours.

Cockroaches contaminate stored foodstuffs by defecating and regurgitating right where they eat (i.e. back onto the food source), they carry bacteria that cause disease in humans--such as pseudomonas aeruginosa and salmonella--and their very presence in the home can trigger allergies and asthma attacks.

This is, unless you’re willing to take extensive measures like Wen Jianguo, who explains: “We have a moat filled with water and fish. If the cockroaches escape, they will fall into the moat and the fish will eat them all.” In other words, unless you’re planning on holding your crunchy pets in a well-guarded specialized holding facility, it’s probably best to just keep contract with your local waste disposal services company.

If you notice cockroaches in your home, don’t try to feed them last night’s leftover pizza—call a pest control professional to handle the problem before it gets out of control.

And if you run a business, don’t bother starting your own colony of waste-eating cockroaches. Check out our commercial services page and request a free consultation today. 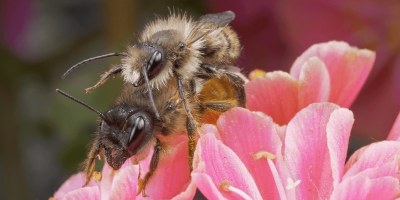 The Unromantic Gestures of the Insect World 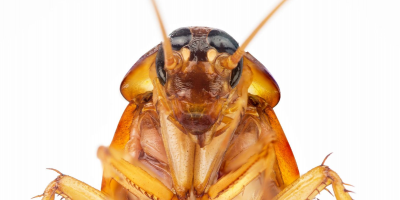 Cockroaches: Why These Primitive Pests are Quickly Becoming Invincible 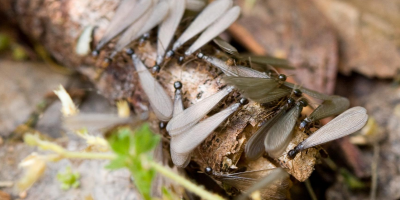 Termite Swarms: What You Need to Know