You’ve no doubt noticed a few headlines recently about an invasive species of spider potentially poised to make its way to New England.

If you haven’t, brace yourself.

The Joro “parachuting” spider is beautiful and… big.

Generally speaking, with its legs stretched out, a female joro spider spans about the size of an average human palm, which is about four inches in diameter.

By definition, an invasive species is one introduced from another location; in this case, the joro spider hails from the Asian continent, specifically China, India, Japan, North Korea, South Korea, Taiwan, and Vietnam.

That said, the joro spider has been in the United States for quite a while, despite dominating recent headlines.

Well, The Washington Post reports that the joro spider has been stateside since 2013, specifically in Georgia.

“I’ve always kind of referred to them as a ‘Nerf football with legs,’” according to Benjamin Frick, a researcher at the University of Georgia in Athens, who estimates that joros might make an appearance in Massachusetts between five to ten years from now.

Given that joros are an invasive species, it’s worth asking how they got here. The current theory suggests that joro spiders arrived in the southeast U.S. via shipping containers.

Once here, they’ve managed to move throughout the southeast and beyond via human transport. In other words, they have no trouble hitching a ride on small modes of transportation, like cars or even in luggage.

Research scientists at the Odum School of Ecology have come to the conclusion that the potential for these spiders to be spread through people’s movements is very high.

In fact, one UGA graduate student unwittingly brought a joro spider with her while relocating to Oklahoma just before the publication of their study on the spider.

When they’re not in stowaway mode, joro spiders get around as soon as they hatch through a process called ballooning. Essentially, spiderlings, or baby spiders, spin a length of silk that is carried by air currents, which allows them to cover significant distances.

Also referred to as parachuting, this behavior allows joro spiders to “fly” through the wind anywhere from 50 or even 100 miles. It’s easy to see how quickly the joros might be seen in other regions of the country, including New England.

Aside from their size, how would you know you’re looking at a joro spider, if you did happen to encounter one?

Just a Day in the Life of a Joro Spider

Physically, the joro spider is very distinctive; the females have a leg span of about four inches and a body length that spans approximately one inch. Perhaps more noticeable than their size is the female joro spider’s coloring. Their cylindrical bodies feature gold or silver hairs, which cover a stunning yellow body, striped with gray or bluish bands, set off with a large red marking. Even their black legs sport some color, thanks to their yellow bands.

On the other hand, the male joro spider is smaller -- its body length measures approximately 0.3 inches -- and duller in color, primarily various shades of brown.

Another sizable note about the joro spider concerns its webs. Known as “orb weavers,” joro spiders spin immense webs that are intricately organized and wheel-shaped. They tend to favor trees as ideal spots to spin these webs, typically anywhere from six to ten feet from the ground; however, they have also been seen attached to power lines and telephone poles.

Keeping an Eye on Invasive Species

Although the joro spider is reportedly very passive, it is still an invasive species. All invasive species introductions are a potential threat in many ways, depending on the nature of the pest. In the case of the joro spider, there is some benefit to their presence on American soil; they eat stink bugs and other fall invader pests.

According to Michael Raupp, an entomologist at the University of Maryland, “These are beautiful spiders which may provide important ecosystem services, including biological control of crop pests such as brown marmorated stink bugs or spotted lanternfly, with which they have an ancient association in their native range in eastern Asia.”

That may be well and good; however, joro spiders will also eat a wide variety of native species, and possibly out compete native spider species for both food and habitat.

Let’s not forget that other recent invasive introductions from China, including spotted lanternflies, Asian giant hornet (aka murder hornet), Asian longhorned ticks, and Asian tiger mosquito all pose serious threats to human health, as well as our domesticated honeybee populations and agricultural crops.

For these reasons, we should never take any invasive species lightly as they almost always arrive with serious consequences.

If and when joro spiders do make it to New England, many biologists believe that they’ll do more good than harm. However, our in-house team of entomologists believe that, at minimum, this invasive spider will displace native species for food and habitat, and there may be other environmental consequences as well given that it is such a new introduction and not much is known about it now.

What is known, however, is that plenty of people will certainly feel creeped out by the mere thought of encountering one of these giant spiders or even their colossal webs. We’ve all accidentally walked or ran through a normal spider web… Can you even imagine running or biking through one of these monstrous webs, especially if you know the size of the spider that built it?

What About the Winter?

Some people have assumed that the joro spider wouldn’t be able to survive New England’s often inclement weather, particularly the harsh winters.

Biologically, the joro spider might actually be quite well equipped to handle New England’s challenging climate. Between its steady heart rate when exposed to cold temperatures and high metabolism, a joro spider could probably adapt to wintry conditions.

Or, as University of Georgia researcher Andrew Davis explains, “It looks like the Joros could probably survive throughout most of the Eastern Seaboard here, which is pretty sobering.”

While we can’t know for sure, experts believe that they’ll likely be arriving within the next 5-10 years and, as with any other invasive species, we’ll be making plans for how to manage this new pest properly, responsibly, and effectively. 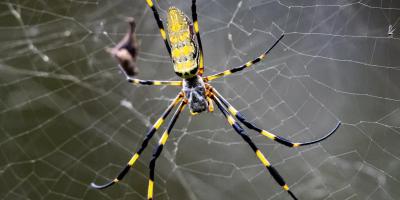 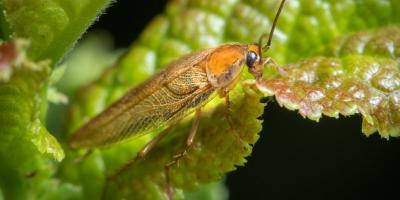 Are Cockroaches Really as Bad as People Think? 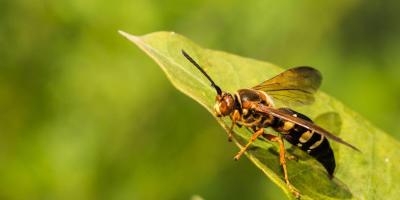