How To Handle Hornets

When it comes to cousins of the otherwise-harmless honeybee, few make more enemies each year than hornets.

These large pests are some of the biggest vespines in North America and although they tend to avoid conflict if possible, hornets are generally not afraid to sting when threatened. Plus, since hornets tend to be more aggressive when there’s food around, stumbling on a nest unexpectedly always brings a bit more danger to dealing with hornets on your property.

Whether you’ve noticed hornets making a nest around your home or not, this is generally one stinging pest you’d prefer to not deal with whenever possible. Here’s a look at how to identify hornets, how to keep them from setting up shop on your property, and what to do if you notice a nest forming where it really doesn’t belong.

Hornets, much like their cousins the wasp and the honeybee, are drawn by a few basic needs: food, water, and shelter. What may surprise many homeowners, however, is just how perfect a habitat the average home or backyard can really be for hornets.

Like many other living organisms, hornets in search of a new home prioritize finding water first. Many species can sense humidity changes in the air, which can draw a colony to seek out high-humidity areas with plenty of water freely available. By keeping your lawn, home, and outdoor area relatively free of standing water, you can make your property that much less attractive to any hornet looking for a home.

When it comes to seeking out sustenance, hornets act much like their cousin, the harmless honeybee - only instead of hunting flowers, they’re hunting the bees themselves, as well as any other meaty treats that they may find. This is because hornets are carnivorous, and aren't afraid to feast on some carrion or hunt other insects in their quest to stay fed.

And, much like their other vespine cousins, hornets also crave sugary-sweet fluids, like nectar, soda, juice, and other sweet summertime treats. By keeping these sugary drinks and food items securely stored and out of the range of any hornets, you can make sure there’s nothing too tempting for a passing hornet colony to pass up.

Once a hornet colony has found food and water, it will likely look to start setting up a nest somewhere relatively close by and undisturbed. More often than not, they’ll seek out wood - wood piles, dead trees, lumber, sheds, wood houses, and basically any other source of fiber they can use to construct their basketball-sized nest. Keep these areas clean and clear and your property won’t be as big of a temptation.

The main identifying feature of hornets is their sheer size, which typically far exceeds that of the average honeybee, yellow jacket, or wasp. Most homeowners in the U.S. will likely be dealing with the European Hornet, which can reach up to ¾ or 1 inch in size and feature distinct brown and yellow abdominal stripes and a pale-colored face.

When seeking out hornet nests, the best place to start is usually around any soft or aging wood - tree trunks, aging barns, sheds, wood houses, and attics. The nests are usually large, basketball-sized constructions covered in a thin, brown, paper-like covering. Check the dark and hard-to-reach spots in your dustiest corners - there might just be hornets buzzing around.

It’s important to remember that although hornets are pesky pests who can produce a pretty painful sting, they’re also critical to their environment. That’s because hornets generally prey on other insects, which can help to control more devastating pests from doing more damage than the hornets themselves. If the nest is located too close to your home or outdoor space, however, removal and relocation of the nest is almost always warranted.

In almost every case, it’s better to have an experienced pest management professional handle any issues with hornet nests and nest relocation. That’s because a swarm of hornets can do some serious damage without the right protective gear, and only by using the right strategies can a professional safely and harmlessly relocate the nest without doing much damage to the colony.

Removing hornets once they’ve established a nest may be difficult - especially since hornets will often return to successful nesting sites year after year. However, keeping them from coming back certainly isn’t impossible. Like most other insects, hornets come looking for a few key things: food, shelter, and security. Remove any (or all) of those and hornets should have no reason to try and call your home their own.

Close Off Any Entrances To Hiding Spots

The first hornets to reach your property are likely scouts searching for a good place for the colony to establish a nest. That means hidden, protected spaces near food and water sources with plenty of room to grow. By removing old tree trunks, keeping wood piles clean, and sealing off any cracks or small entrances to barns, garages, attics, homeowners can deprive hornets of any temptation to settle down and start building.

Hornet colonies are extremely territorial, and will generally keep their distance from competing colonies by several hundred feet without venturing into neighboring territory. That’s why decoy hornet nests - often as simple as a papier mache replica - can often frighten scouting hornets. Consider putting one anywhere you find hornets tend to congregate, or anywhere you’d like to prevent them from setting up shop.

Like almost any wild animal, a hornet searching for a nesting place is searching primarily for reliable sources of food and water. Thanks to the hornet’s omnivorous diet, this can vary pretty wildly - from open garbage cans, to spills of sugary liquids like soda or beer.

Plus, since hornets often prey on honeybees, apiarists and beekeepers may struggle with hornets threatening active hives. Although bees can take care of single hornets in their own way, a honeybee hive stands almost no chance against a nest of hornets hanging around nearby. Removing food sources and taking other steps to remove the temptation for hornets can help protect your bees or, at the very least, keep your home hornet-free.

Say Yes To Summer By Saying No To Hornets

Nothing puts a bigger damper in a summer than a nasty hornet sting. Whether you’re enjoying dinners out on the patio or afternoons running around the backyard, keeping hornets safely out of range of your family and your property should be a priority for any homeowner.

If you’ve noticed hornets buzzing around in areas where they shouldn’t be, don’t hesitate to get in touch with JP Pest Services. We offer full prevention and control solutions that will control the obvious areas of concern as well as any issues that pop up over the summer season. Get in touch and let’s get your summer on track to be hornet-free. 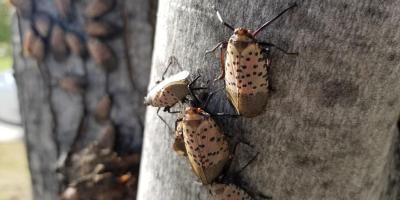 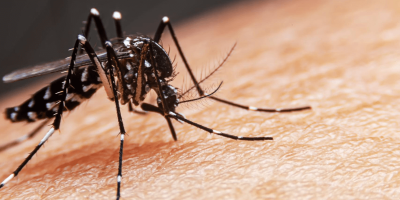