How to Protect Yourself Against Lyme Disease

Lyme disease is a dangerous and potentially fatal infection that affects almost 1 percent of the U.S. population every year—possibly as many as 300,000 cases, according to the CDC. However, despite the risks associated with Lyme disease, it is highly preventable and, if caught in time, completely treatable.

Lyme disease begins as a small, red bump, much like a mosquito bite. This alone does not necessarily indicate Lyme disease. However, if the bump turns into a bulls-eye pattern rash within three to thirty days of the tick bite (the technical term for this is erythema migrans) sufferers should immediately be tested for Lyme disease; especially if they develop chills, fever, body aches, fatigue, headache, stiffness of the neck and/or swollen lymph nodes.

If left untreated, Lyme disease can begin to cause painful swelling of the joints. Swelling can also spread to the meninges—the protective sack that surrounds the brain—leading to a host of neurological symptoms; including facial palsy (loss of muscle control), short-term memory loss and dizziness. Eventually, it can cause inflammation of the brain and spinal cord themselves.

Lyme disease is caused by a bacterium called Borrelia burgdorferi, which is carried and transmitted by deer ticks. Deer ticks prey primarily on white-footed mice and, as their name suggests, deer. In the United States, deer ticks--and the Lyme disease they spread--are most prevalent in the northeast, mid-Atlantic and upper midwest, which see over 90 percent of all cases annually.

Not all deer ticks are infected with Lyme disease, however. They must first feed on an infected animal before acquiring the disease and spreading it to humans.

Throughout their life cycle, deer ticks can feed on a variety of hosts, which facilitates the acquisition and transmission of Lyme disease. When they’re still in their larval phase, typically during the summer, they primarily attach to small animals, such as Lyme-disease-carrying mice. As the ticks get bigger, so do their victims.

By the time they reach the nymph stage--usually by the following spring--their go-to hosts are still small birds and rodents; however, ticks begin attaching to larger animals, such as cats, dogs, deer and humans. By the time they reach adulthood, typically by fall, humans and large animals become the primary targets.

A Strong Defense is the Best Offense

Infections of humans start when a carrier deer tick attaches itself to the skin and begins to feed. It takes 36 to 48 hours for the tick to transmit the disease to its human host, which gives tick bite victims ample time to locate and remove the tick before becoming infected.

The first line of defense against tick bites and Lyme disease, however, is avoidance. Grassy and heavily wooded regions are prime breeding grounds for deer ticks, so staying away from such areas can help minimize the risk of infection.

If you must venture into high-risk zones, wearing tight-fitting long pants tucked into socks, long sleeves shirts with tight necks, and insect repellent will help keep ticks out of contact with your skin.

Regardless of how many precautions you take, it’s critical to thoroughly check for ticks whenever you travel through potentially tick-infested areas. If you have been bitten by a tick, finding it and removing it before that 36 to 48-hour time period elapses is crucial.

People who are particularly at-risk—those who live in the northeast, mid-Atlantic and upper midwest regions of the United States who routinely spend time outdoors in above-freezing temperatures—should check themselves for ticks (or, better yet, have someone else check with them) on a daily basis.

If by some chance prevention doesn’t work and a person does contract Lyme disease, the sooner they receive treatment, the less damage the disease will do. Treatment typically consists of a course of antibiotics, which can include doxycycline, amoxicillin, ceftriaxone or penicillin, to which the disease is usually highly responsive.

Take proactive steps to keep your yard from becoming a tick danger zone. Contact us for a free estimate on tick control for your property. We provide tick control programs to protect your property from spring to fall. 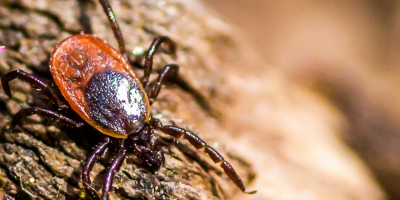 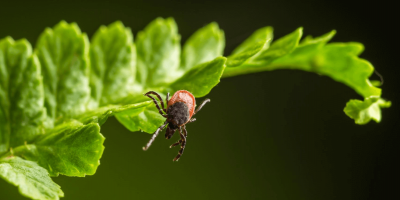 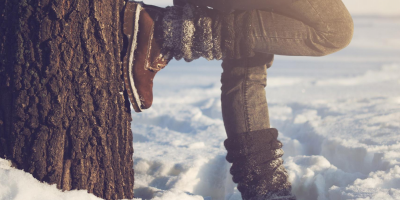 Ticks: Not a Concern in the Winter, Right