Salt — it can be good and it can be bad. While one person might be called the “salt of the Earth,” someone else might be a “salty dog.” Even in our diet, we need salt as an electrolyte to help keep our bodies operating, but too much salt can have any number of negative health effects.

But when it comes to pest control, is salt good or bad? It seems to be an ingredient in a lot of DIY pest control remedies, but if science has taught us anything it’s that DIY pest control — like the efficacy of citronella candles — can be a little… misguided, at times.

The idea behind DIY pest control methods involving salt is that it dehydrates pests to the point of death (much like several varieties of pesticides do). However, such methods have failed to prove themselves as effective as professional techniques.

A Tale of Two Salts: Table Salt vs. Epsom Salt

Scientifically speaking, “salt” refers to an ionic compound produced by reacting an acid with a base to produce a natural mineral. One such compound — sodium chloride, or NaCl — is what we dust our food with to add flavor (aka, table salt).

Epsom salt is an entirely different formulation — magnesium sulfate, or MgSO₄ — but it has the same basic structure as table salt (an acid and a base), thus it, too, is a “salt.”

Other common salts include potassium chloride, copper sulfate and everyone’s favorite refrigerator deodorizer, sodium bicarbonate, aka baking soda. But the two types of salt you’ll read about most often on DIY pest control blogs are table salt and Epsom salt.

Salt Treatments: Great for Your Garden, But Leave Your House to the Pros

Epsom salt can be a safe, organic way to deter beetles and other garden pests from harming your vegetable garden while simultaneously nourishing your plants.

However, despite an assortment of table salt-based DIY pest control methods for treating termites that are available online, you really shouldn’t trust salt to protect anything more valuable than your tomato plants (like, for example, your home).

For Serious Pest Problems, Turn to the Pros

Termites cause an estimated $5 billion in damage every year — that’s a lot of money at stake to put a lot of trust in something you can buy at the grocery store. Salt may kill a few termites, but you’ll never be able to wipe out an entire colony with it, especially since they’re subterranean!

Other pests you’ll sometimes see DIY salt treatments for are fleas and bed bugs. The damage those pests cause isn’t necessarily nearly as costly as termites, but if you’ve ever suffered a string of bed bug bites — or nursed your pet back from a flea infestation — you wouldn’t want to trust a homespun solution to those pest problems, either.

Plus, part of a solid professional pest control plan is preventative maintenance — in other words, stopping pest problems before they even start. That’s a far more sensible plan than counting on salt to save the day.

Don’t get salty over a pest problem, just call the pros — request a free quote for our Home Quarterly program, which protects against 50 species of problematic pests. 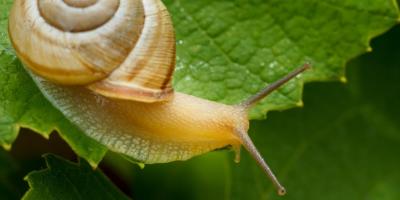 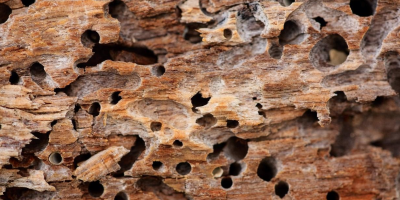 Termite Damage? Or Something Else? 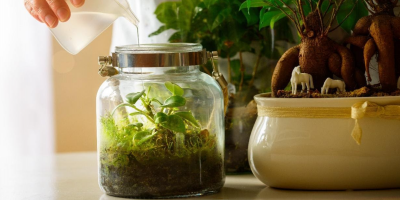 Managing Mosquitoes Inside the House