We’ve all seen small armies of tiny ants storming the honey jar or making off with spilled sugar, one grain at a time. But guess what -- just because an ant has a sweet tooth doesn’t automatically make it a sugar ant. In fact, sugar ants are a very particular species native only to Australia, so, unless you’ve traveled down under before, you’ve never actually seen a sugar ant.

Much like you’d expect, sugar ants get their name because they love sugar or, really, any sweet food, like nectar and honeydew. However, sugar ants are known to eat other invertebrates like caterpillars from time to time, making them officially omnivores -- animals that eat both animals and plants.

Not All Ants Are Born in the USA

“But surely,” you say, “I’ve seen them with my own eyes!” What you probably saw are either pavement ants or the odorous house ant -- both common sugar-loving, kitchen-invading species of ants that are often mistaken for each other (as well as sugar ants). Truth of the matter is, all kinds of different species of ants forage for food, and sugar offers a calorie-dense supply of it, making it an attractive meal to ants of every variety.

Taking a look at the kinds of ants we have in New England, the pavement ant gets its name from (you guessed again) building its nests in the cracks of pavement. In addition to sweet stuff, pavement ants are omnivores that will eat almost anything. And once they’ve discovered a stash of food, they can create forage trails up to 30 feet long to get that food back to their nest.

An Ant Problem That Really Stinks

If you’ve ever crushed an ant, either accidentally or on purpose, and then noticed a foul odor -- almost like a rotten coconut smell -- you already know exactly where odorous house ants get their name. Odorous house ants especially like sweets -- particularly honeydew. Interestingly, they are known to move their nests about four times per year in response to rain.

These Woodworkers Do Some Serious Damage

There’s a third kind of ant you may have encountered in New England, but this one is far more destructive. Carpenter ants do get their name from their woodworking skills, but the problem is that, rather than building something useful for humans, they use their wood-boring ability to carve tunnels into wood to form their nests.

Carpenter ants are especially drawn to wood that’s been softened by fungus, so essentially, they prefer wet, damp or moist wood because it’s easier to bore through.

Carpenter ants are the single most common (and one of the most destructive and costly) pests for New England homeowners, and keeping them out is sometimes easier said than done. That said, there are a few things you can do to make your home less appealing to carpenter ants.

Start by keeping your house clean in general -- carpenter ants are drawn to food crumbs, especially sugars. Fix damp spots and replace any rotten wood. Set ant baits anywhere you see ants (but don’t bother with ant sprays -- they don’t work very well). Finally, make the outdoors more appealing than the indoors -- if you have aphids in your yard, don’t spray. Leave them, and they’ll leave a sweet substance that ants love to gobble up.

For most people, ants are annual visitors that return to the same location year after year. That’s one of the reasons we offer proactive treatment plans -- to not only eliminate existing ant problems, but also to prevent them from returning in the future.

For more information on how to keep ants out of your home this year, give us a call to speak with a pest management professional. 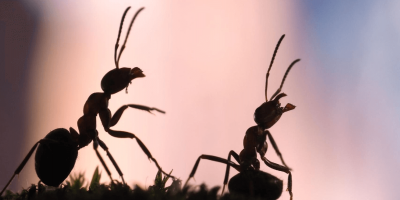 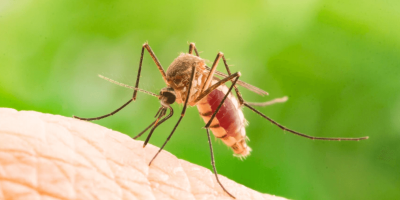 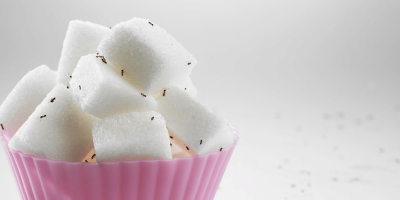