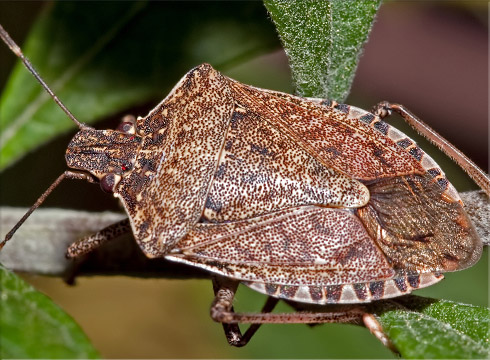 Brown marmorated stink bugs are an invasive species from Asia that arrived in Pennsylvania in 1996. The stink bug earned its name from its tendency to release an odor when disturbed or when crushed. Many other insects have these same characteristics, including some species of ants, beetles and other bugs. In general, adult stink bugs feed on fruits and nymphs feed on leaves, stems and fruit. Stink bugs search for overwintering sites in late fall to find shelter from the winter weather. They reemerge in early spring and become active.

The Stink Bug peaks in the Fall season, especially during the months of September and October.

Get Rid of Stink Bugs Today