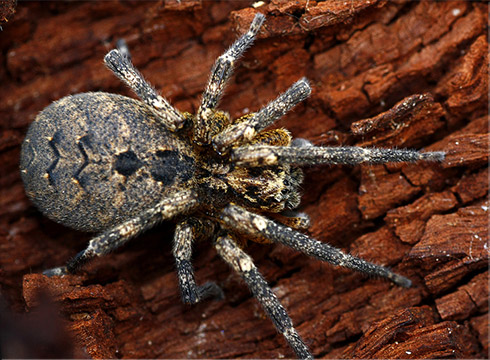 Wolf spiders are fast movers and large in size. Their eyes comprise three rows; the first has four small eyes; the second row has two larger eyes and the third row has two medium-sized eyes. Wolf spiders primarily live outdoors, but often seek shelter inside of structures as winter months approach. They don’t spin webs and live on the ground for the most part, although some will make temporary burrows. Wolf spiders are most prevalent in early spring and summer, especially in wooded areas.

Wolf Spiders are mostly active during April through August, and they peak again in October.