Everyone knows about bed bugs and the havoc they can wreak on homes and businesses. We’re here to tell you about their lesser known cousin, bat bugs. Although they look eerily similar, making the one commonly confused for the other, there are some important distinctions to be made with respect to how, when and why bat bugs will infest and how they behave compared to bed bugs.

Without further ado, we give you a briefing on bat bugs…

The Basics About Bat Bugs

Let’s start with some basic behavioral information about bat bugs:

Belonging to the insect parasite family, Cimicidae, bat bugs primarily dwell in caves where they have abundant access to their favorite blood meal: bats. Not unlike bed bugs feasting on suspecting hotel guests, bat bugs feed on bats as they sleep. In the absence of bats, bat bugs will find other hosts, including humans, though their preference is always bats.

Similar to bed bugs, you might discover you have bat bugs if you suffer from tiny, itchy bites or find specks of blood on linens or upholstery. Fortunately, bat bugs do not transmit pathogens to humans; however their bites reportedly can cause anxiety, insomnia, and panic to some individuals.

Between their near-matching bites and behavior, how can you tell the difference between a bed bug and bat bug?

In all honesty, you probably can’t. In fact, the only real visible distinction between the two requires a microscope and professional training. You might even say there’s just a hair’s difference between them -- literally. A bat bug’s prothorax is covered in much longer hair than the ones found on bed bugs.

What happens if you find yourself suffering from bed bug-like bites but you haven’t recently traveled anywhere or hosted out of town guests? Well… it’s possible you have bat bug bites.

How can this be… since, presumably, you don’t live in a cave?

Finding bat bugs in your home simply means you have or have had bats, most likely in your attic or other eaves and crawl spaces. Since bats also roost behind walls, it’s possible that bat bugs might infest your home, especially when bats migrate or are otherwise removed from the building.

Perhaps the most important distinction between bat bugs and bed bugs -- and good news for you! -- comes down to remediation. Eradicating a bat bug problem is far easier -- though it still requires a pest control professional -- than solving a bed bug situation.

Simply put, when bats are professionally excluded, they bring their bat bugs with them, so it’s very uncommon for them to become a problem for homeowners.

However, they will become a problem for homeowners if their bat hosts were dealt with inhumanely by trapping them in the attic and killing them. If this happened, the bat bugs would abandon their bat hosts to find new ones -- and that means you.

This is just another reason why our team deals with bats humanely, encouraging them back into the wild in a pro-conservation process called exclusion.

In order to protect our vulnerable bat populations, our team embraces expert bat exclusion. This involves identifying how they got into your attic in the first place and then, installing one-way doors that allow bats to leave, while preventing them from re-entering your property. Once they are out, the doors will be removed and the space sealed to ensure the bats stay out.

By removing the bats in this humane manner, they take their bat bugs with them, leaving you to enjoy your home bat and bat bug free.

Got bats? Schedule a free inspection. 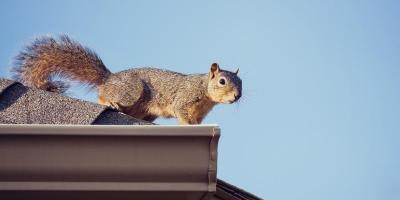 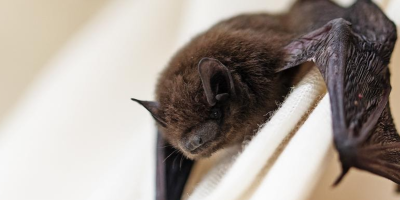