Cooler Weather Is Around The Corner: So Are Fall Invaders 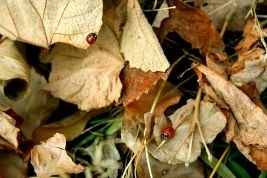 Summer is almost officially over here in New England. Days are becoming shorter and nights will soon be feeling crisper. As we prepare to move into the cooler weather of fall, the warmth of your home becomes more and more attractive to insects and rodents. There are certain pests referred to as ‘Fall Invaders’. These pests are known to show up in abundance once temperatures begin to drop. Here are a few of the most common pests you may encounter from the Fall Invaders lineup:

This Fall Invader comes by its name rightly because it is often found feeding on and around boxelder trees. This species will sneak inside structures to wait out the winter. In autumn, boxelder bugs aggregate on the south side of rocks, trees and buildings exposed to the sun. After large masses gather, they migrate to nearby buildings or homes to overwinter. These pests tend to hide in small cracks and crevices in walls to insulate themselves from the cold winter temperatures, but do not feed during this time. In late March to early April, adults leave their overwintering sites to return to their host trees. Boxelder bugs are not known to bite, but their piercing-sucking mouthparts can occasionally puncture skin, causing a slight irritation and producing a red spot similar to a mosquito bite. When crushed or handled roughly, boxelder bugs may leave a reddish orange stain from their fecal matter that can result in discoloration of curtains, drapes, clothing, etc. and may produce a disagreeable odor.

Brown Marmorated Stink Bugs are an invasive species from Asia that arrived in Pennsylvania around 1996. The stink bug earned its name from its tendency to release an odor when disturbed or crushed. Many other insects have these same characteristics, including some species of ants and beetles. In general, adult stink bugs feed on fruits, and nymphs feed on leaves, stems and fruit. Stink bugs search for overwintering sites in late fall to find shelter from the winter weather. They emerge and become active in early spring.

Cluster flies are parasites of earthworms and include several species of overwintering blow flies. During late summer and fall, adults enter structures to overwinter. Cluster flies are mostly harmless, (although nearly all flies can be potential carriers of disease) and will not destroy your belongings or food. They can, however, become an incredible nuisance. They will gather in large numbers in nooks and crannies of unoccupied spaces. Resembling large house flies, they buzz about windows on warm days from late winter through early spring.

Lady Beetles, commonly referred to as ladybugs usually live a symbiotic existence with humans, but have the habit of overwintering in homes where they quickly become a nuisance. Most species are considered beneficial because they voraciously consume plant-eating insects, such as aphids, mealybugs, mites, and scale insects. During the spring and summer months, ladybug populations begin to grow and during the fall months, adults seek shelter to overwinter (often in mass numbers).

Mice and rats can enter your home through even the smallest cracks and crevices. Securing their entry points is a first-step great way to prevent rodents from making your residence theirs. Caulk any openings -- especially those around pipes -- that lead to the exterior of your home. Ensure that all windows and doors shut tightly. Furthermore, be sure to eliminate any available food sources on which mice and rats can subsist. Store any dry food (pet food as well) in sealed plastic containers, and remove your trash regularly. Mice and rats can chew through strong materials, so be sure to put food back into your refrigerator after use.

The Western Conifer Seed Bug is a plant feeding insect that does not feed when inside a structure. According to University of New Hampshire Entomologist, Alan Eaton, “this insect feeds on developing seeds and flowers of conifers, especially pines, white spruce and hemlock.” Often incorrectly referred to as a Stink Bug, this insect does not give off an odor unless crushed. In addition, the tibia of its hind legs are flattened and somewhat leaf-shaped. Despite their menacing appearance and lumbering gait, these bugs do not bite people.

Developing a better understanding of the pests that try to seek shelter in your home allows you to better prevent infestations. Need more information about Fall Invaders? The pest control professionals at JP Pest Services are here to help. Visit our website to request a free residential estimate today! 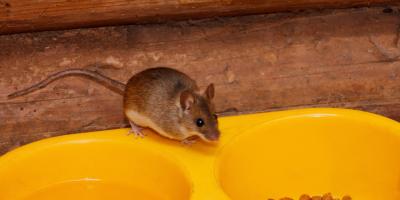 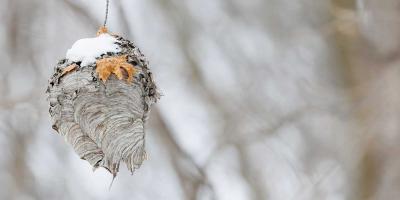 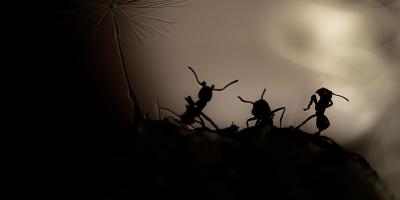